In honor of International Romani Day, I’m posting more pics from my Roma reporting trip.  These are from the “Numbered Streets” settlement, in Miskolc. (They are also on Instagram). 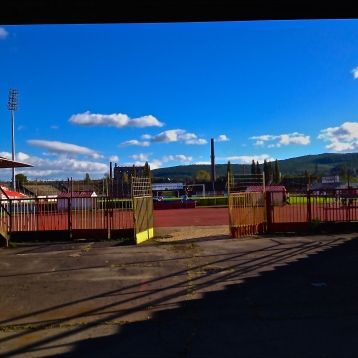 The “numbered streets” Roma settlement, situated behind a soccer stadium, is being evicted under a campaign promise to “eliminate the ghettos.” Also: the city’s mayor has plans to renovate the soccer stadium, and wants the settlement for a parking lot. 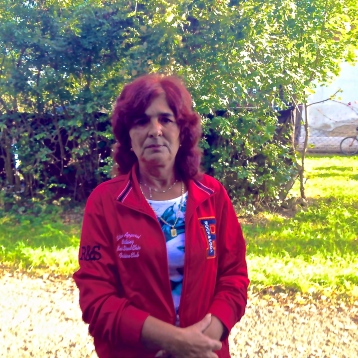 “They came to evict my neighbor, but only the kids were home and I didn’t let them in the house. We’re all afraid now. I have four grandchildren who live with me, and I don’t know where we will all go.”

A community meeting in the “numbered streets” settlement, behind the soccer stadium. Residents are being evicted to make room for a parking lot.

One of the key frustrations of community members has been the lack of group unity. Someone is about to be evicted. And there is talk of going to court hearing together, to show support, and of protesting in front of the courthouse. But then, no follow-through. “We need to back each other up,” Aladair Horvath, a long-time Roma rights activist and Roma politician, tells the crowd. “We need to protest together.” The problem, he tells me later, has to do with Roma self-loathing and self-blame. They internalize all the negative stereotypes against them, he and others say. And that makes them apathetic.

“We have been living here for 30 years! My mother is 87 years old, I am 67! We do not have any debts! The family members were born in Miskolc, who had worked in two factories approximately 300 years. Now the street will be our home. We thank the town leaders for their kind arrangements.”

Gabor Varadi, the Roma politician who organized the community meeting, in a moment of frustration. The families faced with eviction are divided over whether to accept help from a Hungarian charity that has offered to pay some moving costs for some of the families. On one hand, they need all the help they can get. On the other, they worry that taking the money will create the impression that they are being evicted because of debts. “We are letting them say it’s about poverty,” one man yelled. “It’s not. It’s about ethnic cleansing.”

All posts in the “Roma Reporting Project” were supported by a grant from the Pulitzer Center on Crisis Reporting.