I’ve put these up on Instagram, but figured I’d post them here as well… Just a short slideshow of one of the settlements I visited. I’ll be posting more, settlement by settlement, over the next month, until they’re all up. 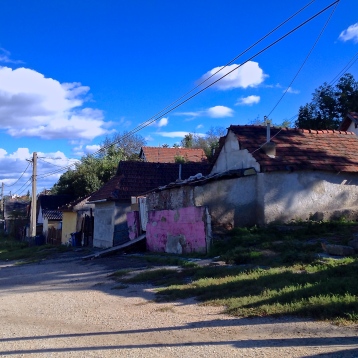 Vigtelep, in the city of Miskolc, was the first settlement I visited. About 80 families live there, most of them without reliable electricity or running water. The roads here are unpaved, and residents say that in winter they are impassable. “The ambulances won’t come up here,” they told me. 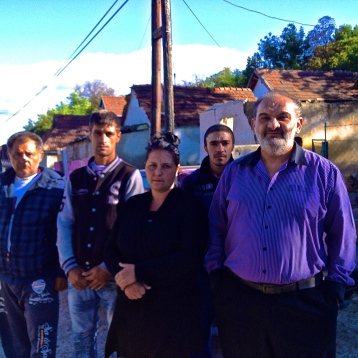 There is a grassy knoll, just a few yards wide, separating the Roma settlement of Vigtelep from its nearest neighbor. On one side of that divide are modern, well-apportioned homes along wide, paved streets. On the other side, houses are crumbling, and lack basic utilities, including running water. As a result, residents face higher rates of infection and illness, among other things. But when I visited in fall of 2014, what most troubled the families living here was the eviction campaign which had been launched in advance of the coming election…. 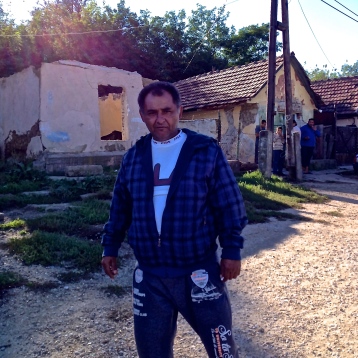 There are 11 segregated areas in the city of Miskolc. THis past fall city leaders initiated a campaign to “eliminate the ghettos.” As part of that campaign they began offering residents of these areas – the vast majority of whom are Roma – small sums of money to leave the city and not return. “It’s a trap,” Gulyas Ferenc told me. “You can’t buy a house or even rent long-term with this money.” Three times a month, he said, municipal leaders come to the settlements to inspect. “They are very aggressive. If you have a problem with your papers, they put you out in the street. People who don’t have family to go to end up in homeless shelter.” 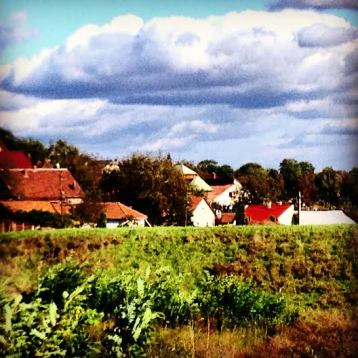 Across the grassy knoll, the houses are modern and well-apportioned. 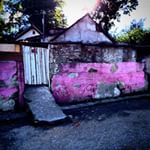 House in Vigtelep “The only work we can get is 2-3 months public works contract. Our wives are heroes because they make due with nothing.” 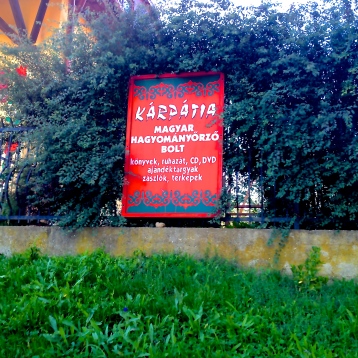 A store just outside the settlement bills itself as a “Tradition-Protecting” shop. There has been some flare-ups of anti-Roma violence in Hungary in recent years, and the Roma living here read this as a provocation. “THey don’t want us here,” one resident told me. “We have lived here our whole lives. Our parents and grandparents lived and died here. But to them, we are still outsiders.”

All posts in the “Roma Reporting Project” were supported by a grant from the Pulitzer Center on Crisis Reporting.