Some of the best stories I’ve reported never made it to print.

Once — in the summer of 2008, I think — I went to Puerto Rico for a vacation, and ended up reporting a story on the Arecibo Radio Telescope and how it was struggling to remain open (and relevant) amid a wave of budget cuts on the one hand and of newer, fancier technology on the other.

The Arecibo is the world’s largest radio telescope, and in 2008, by some accounts at least, was the only device capable of tracking near-earth-asteroids accurately enough to forecast an impact with Earth.

I found the scientists there fascinating, and the backstory to the scope itself deeply enchanting. A lot of that is hazy memory now, but the sense of awestruck rushes back in whenever I think of that trip. How terrifyingly big the universe is; how lucky I am in my line of work; how amazing we humans are that we devised a way to track meteors across space, from a bowl-shaped dimple in a remote island jungle.

Some of the things I do remember: The astronomer Paolo who grew up in Portugal looking at stars and marveling at the concept of a solar system. We talked with him for hours; we caught his enthusiasm like one catches a virus. The operations engineer Jorge, who laughed and laughed at how terrified I was to walk across the spangly narrow footbridge. Walking that bridge despite my fear — walking out over the dish itself, all the way to its center —  I-don’t-know-how-many-meters above the ground (but it was really, really high up). Touring the orange groves beneath the dish (they are expansive and gorgeous). The joy of writing that piece when I got back. The heartache of having that piece fall through the cracks (turns out nobody cares about half-dead dinosaur technology). The idea of starting my own blog taking root right about then.

My favorite pictures from the trip: 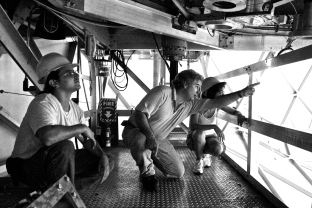 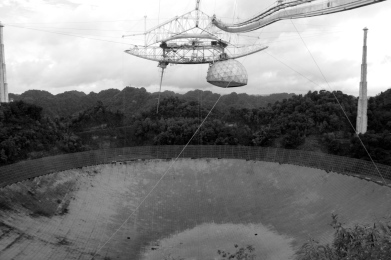 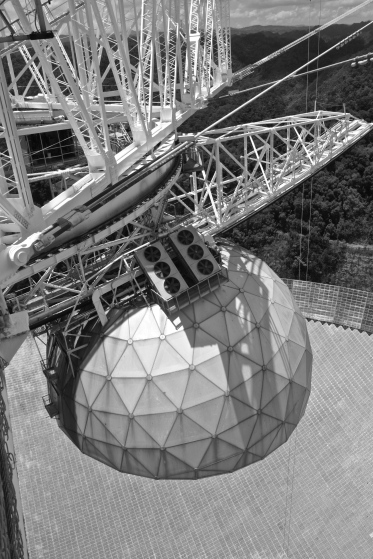 2 thoughts on “The Earth’s Hearing Aid”